By 1910, J.C. had landed two advertising accounts that would set the shape of his career even more than magazine covers: Kuppenheimer Clothes and Arrow Collar. Couture was important to J.C., and he had been producing a stream of fashion advertising since 1898. 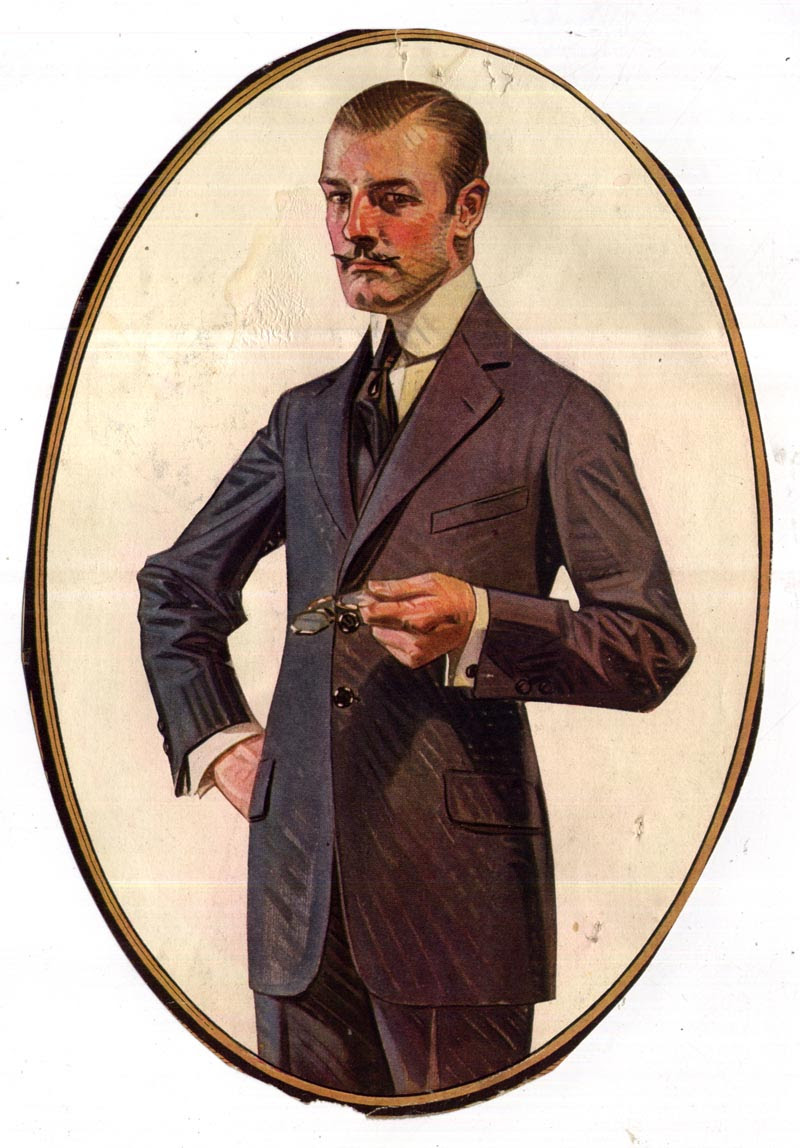 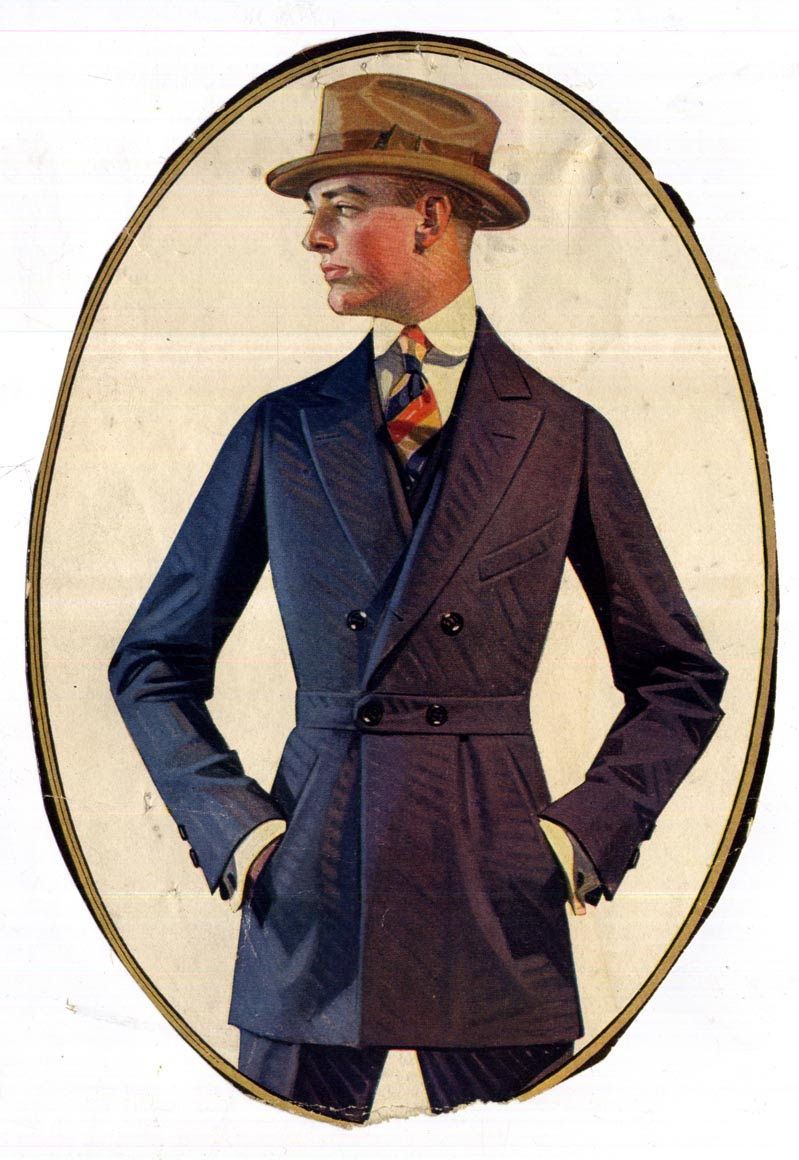 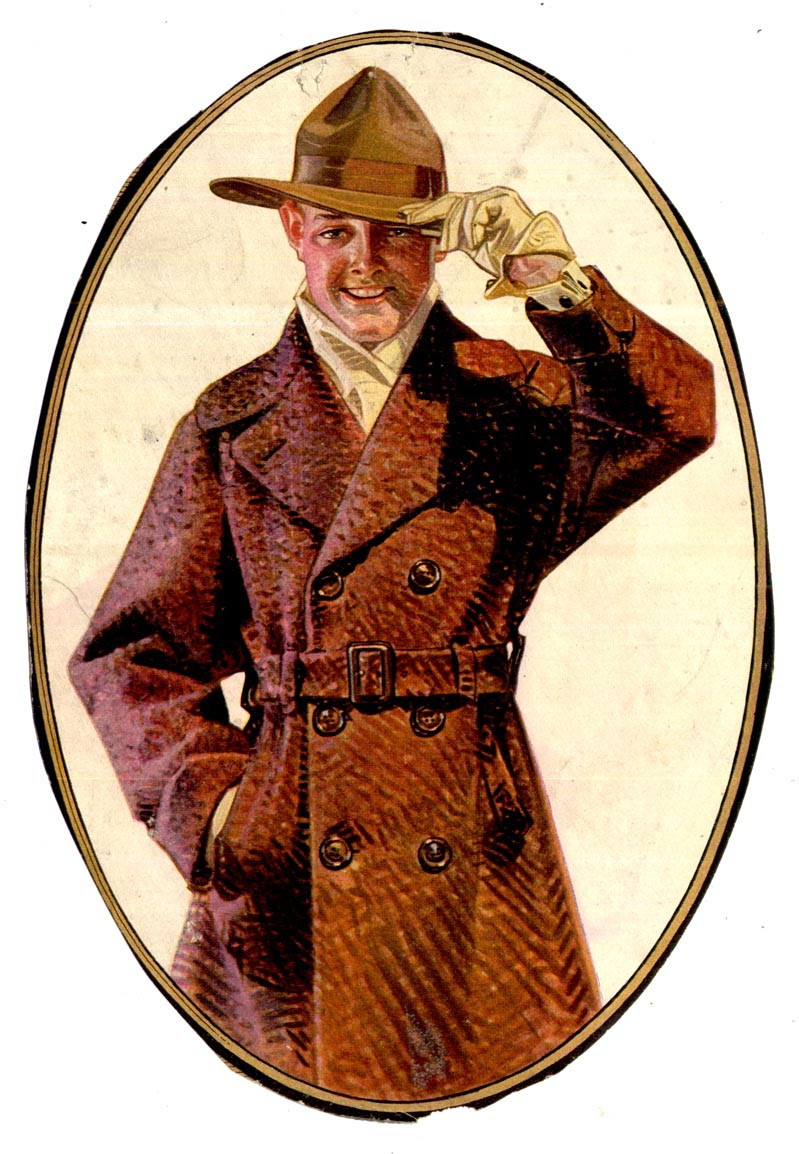 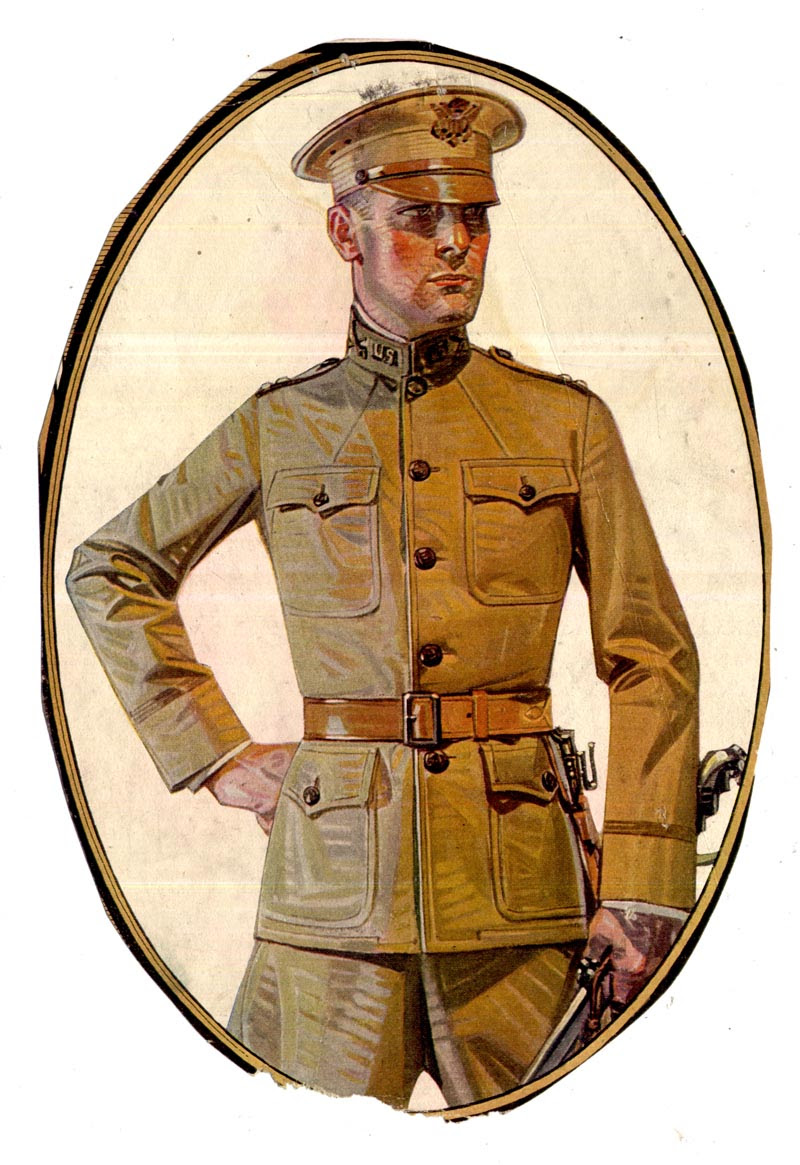 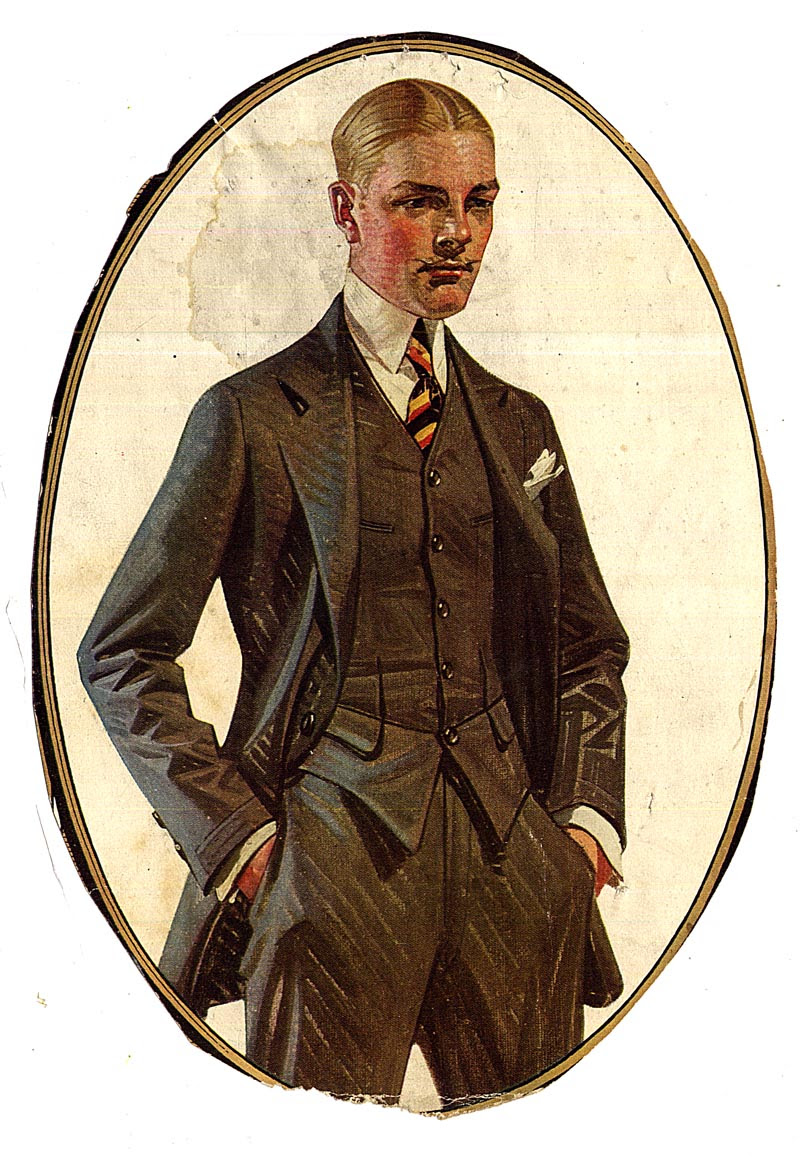 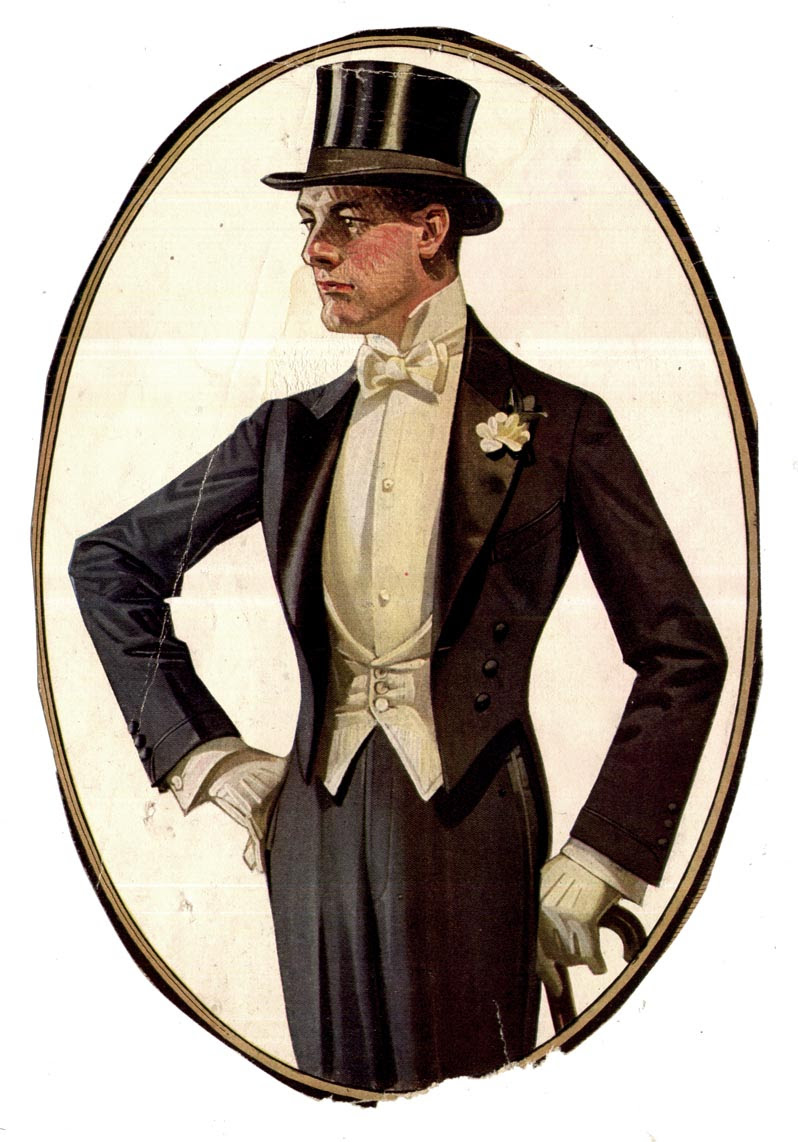 Kuppenheimer and Arrow, however, were top brands with big budgets, and they commissioned hundreds of advertising paintings from him. 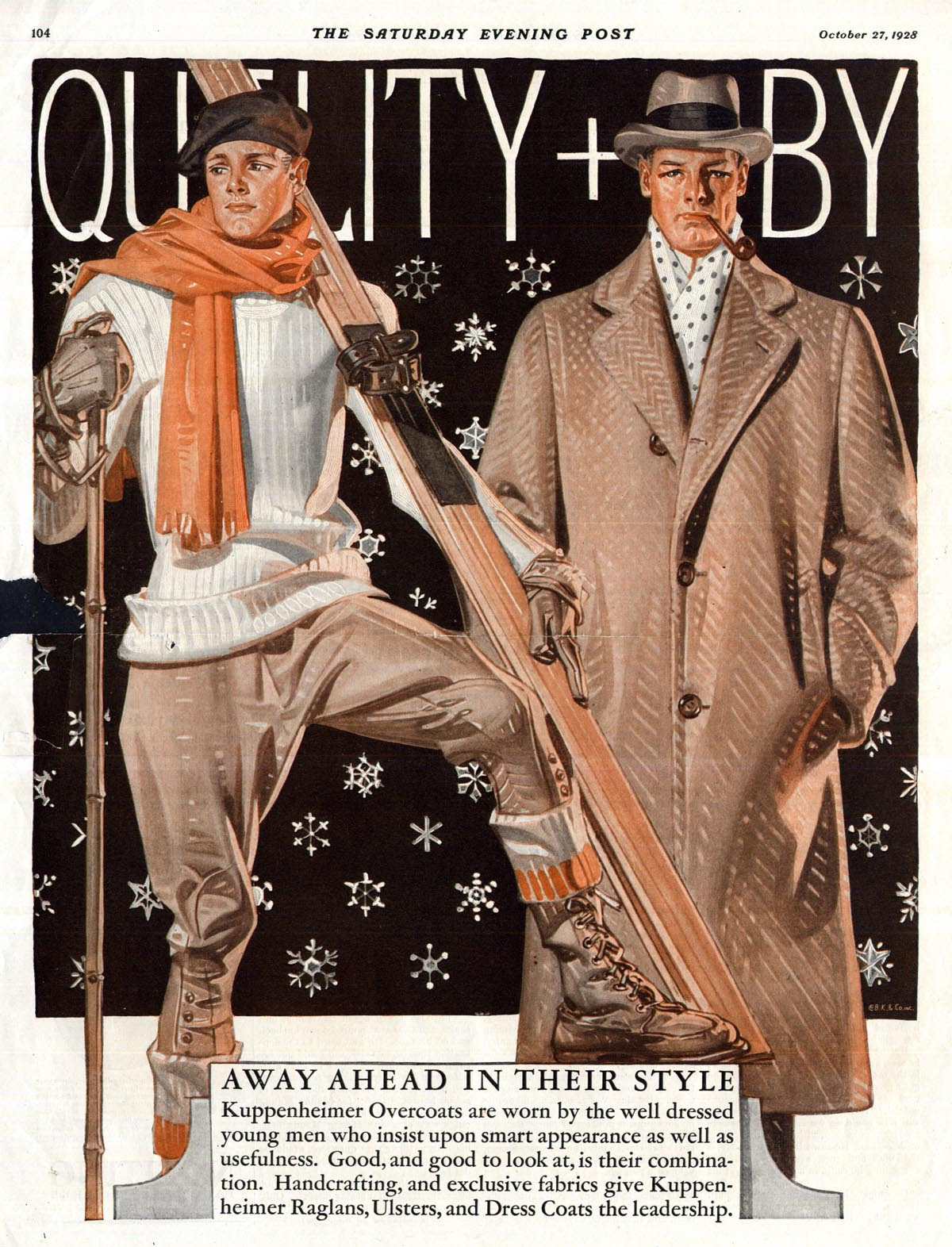 He began the Kuppenheimer campaign with a parade of men in suits... 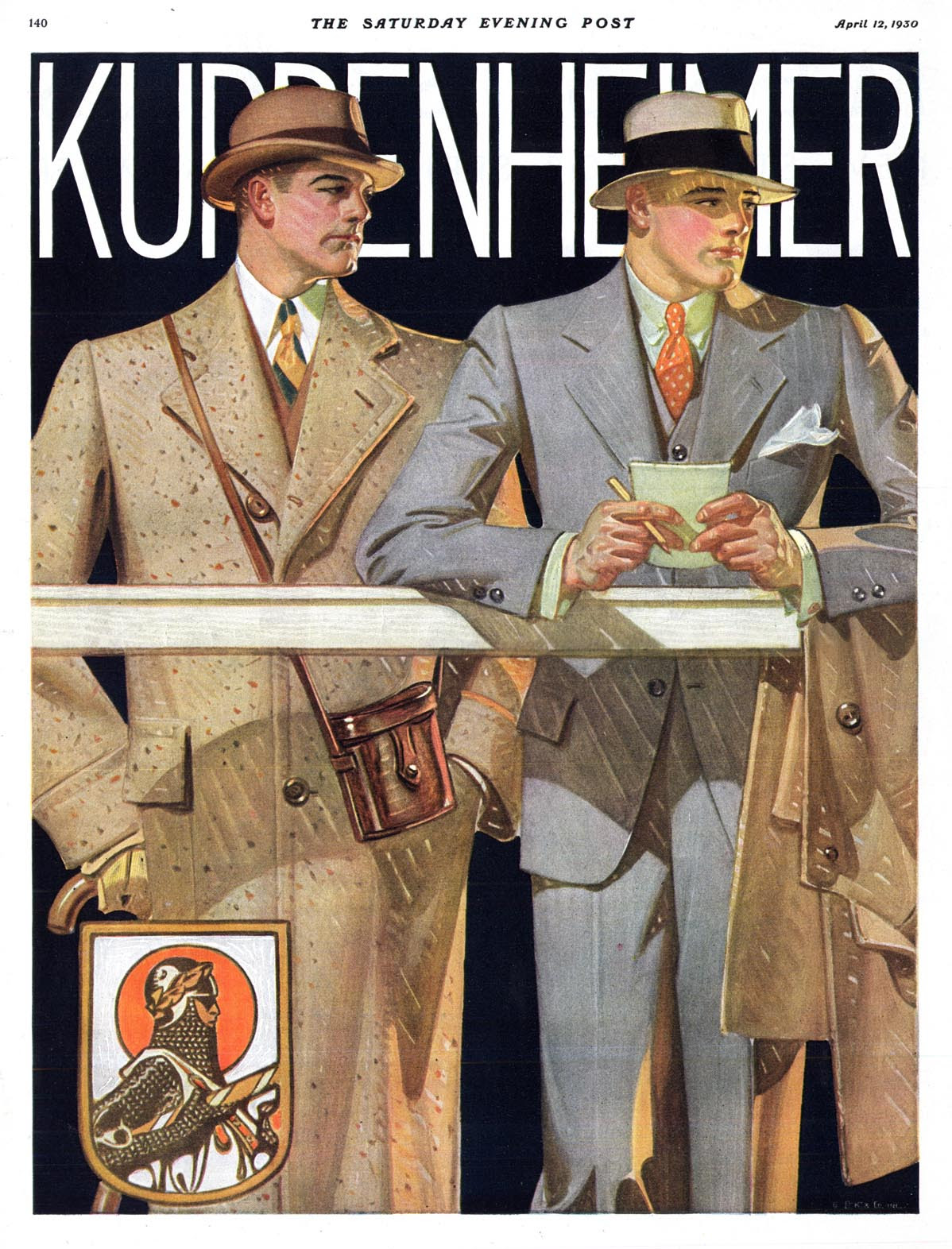 ... but then began to incorporate the nice suits into plausible scenes of carefree young men, emphasizing collegiate sports. 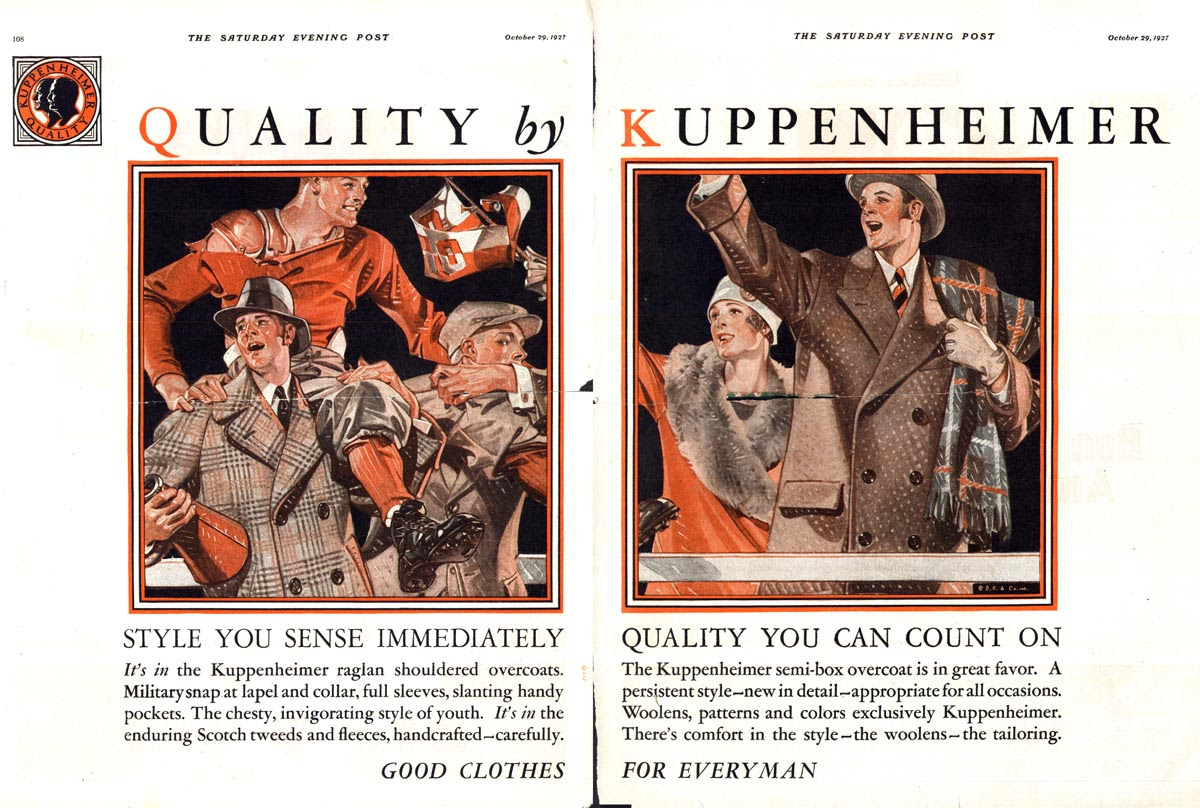 By evoking a youthful, virile atmosphere, J.C. built the foundation for today's advertising - the selling of lifestyle. 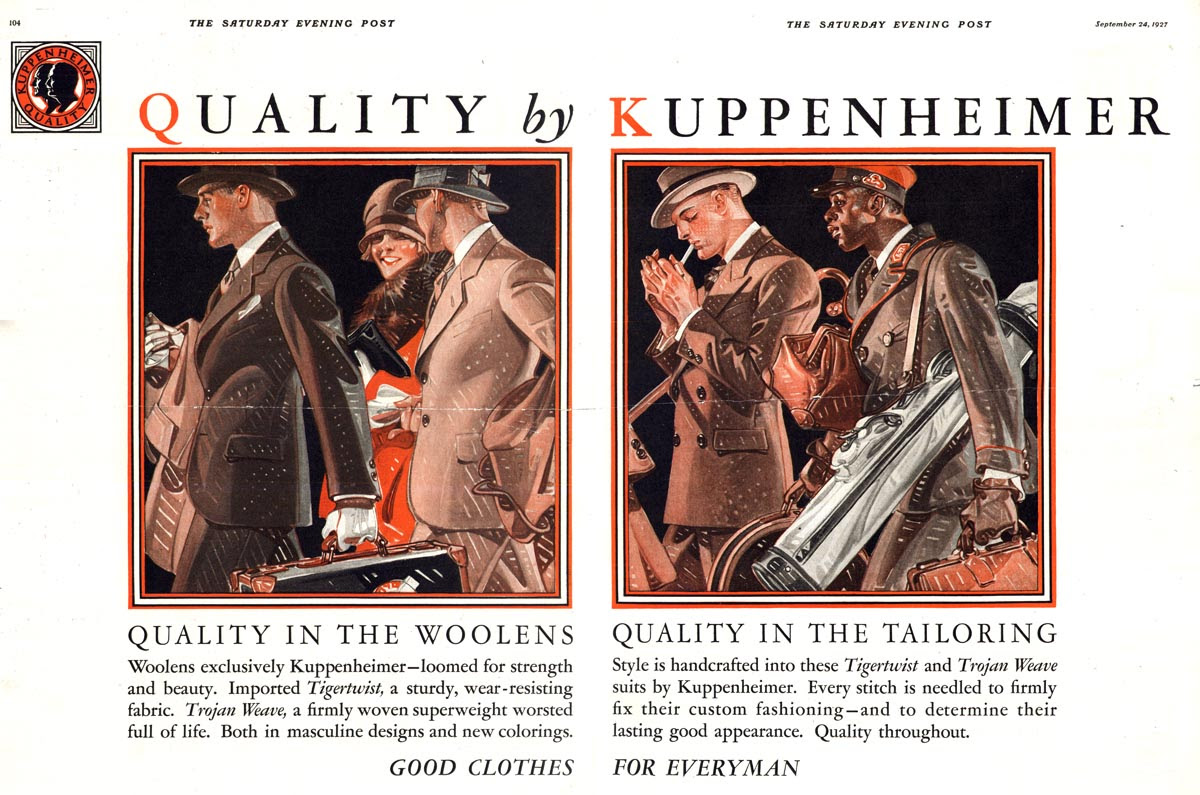 For Arrow, he forged a different identity, focusing not on the collars, but on the faces they framed. 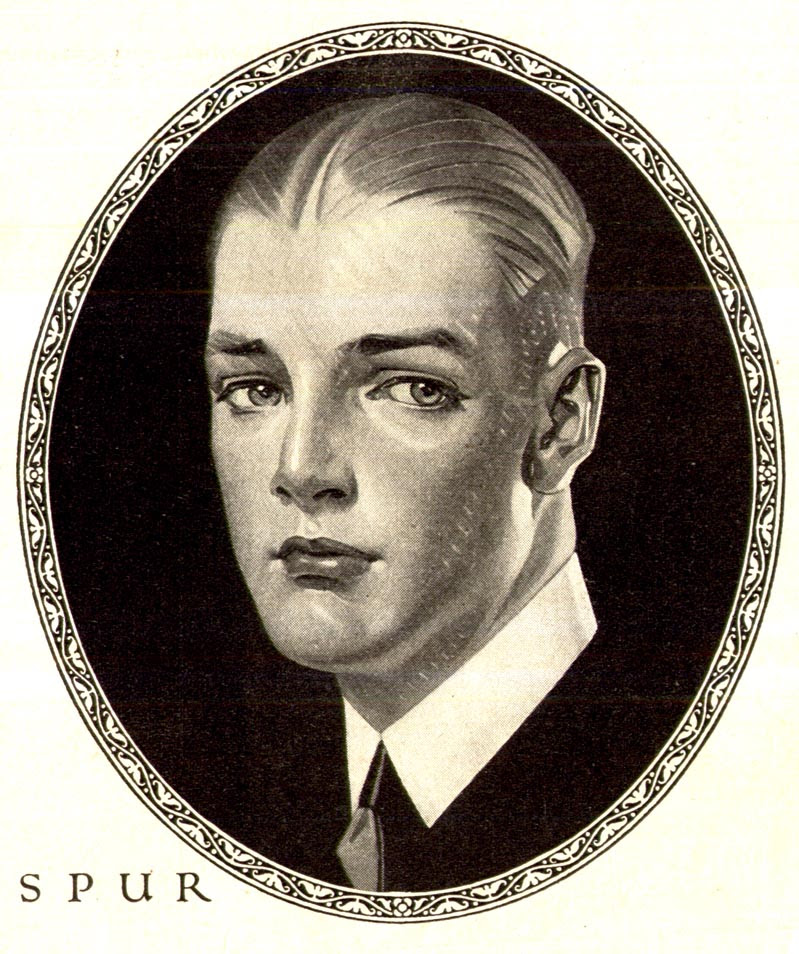 It was these mostly young, clean-shaven, preppy and patrician men that sold collars and inspired thousands of romantic inquiries from women that the Arrow Collar company suddenly found themselves fielding.

The Depression finally ended these campaigns... 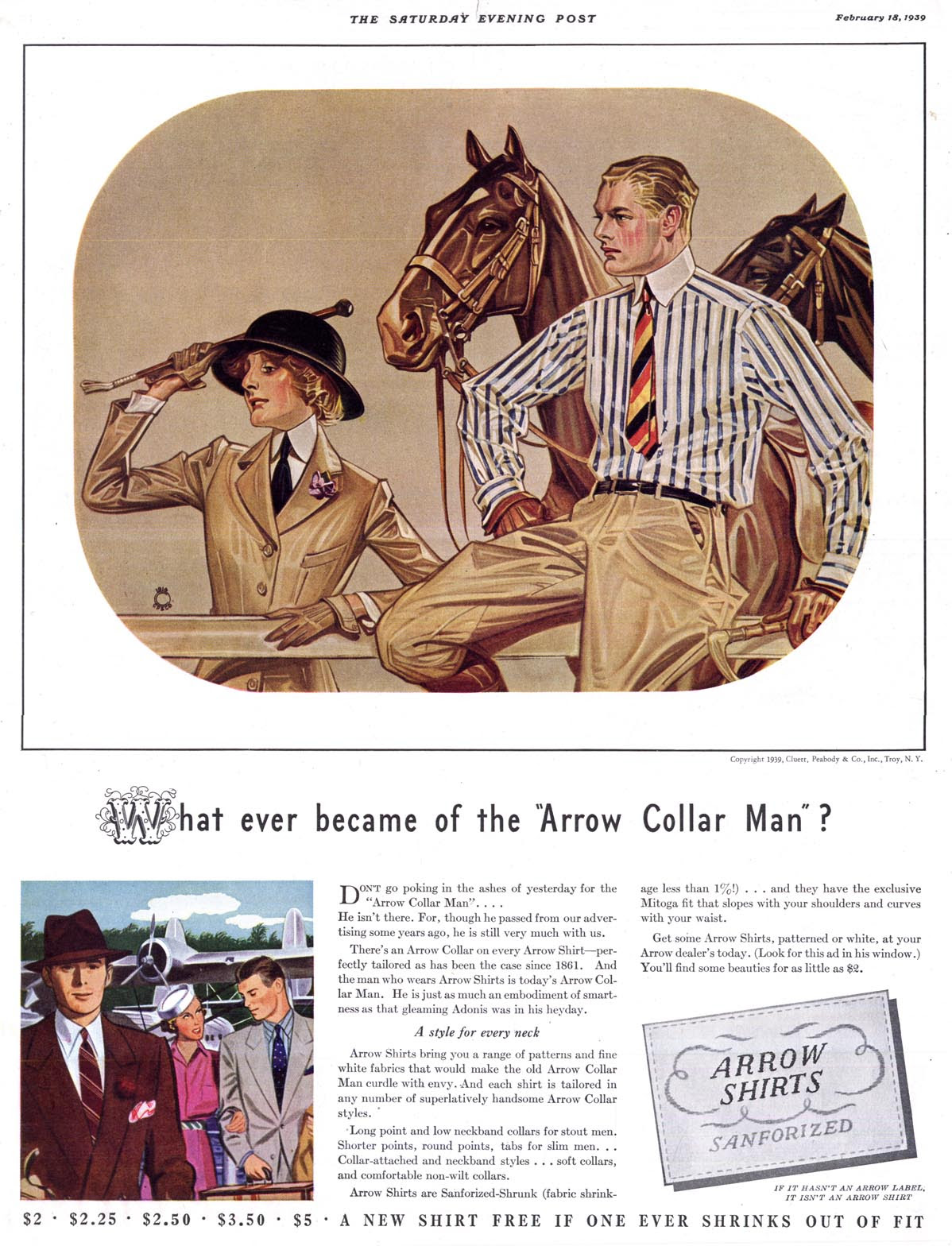 ... but not before Leyendecker had produced his most stunning pictures: a series for Arrow with black backgrounds that are among the most elegant and seductive graphic designs in history. 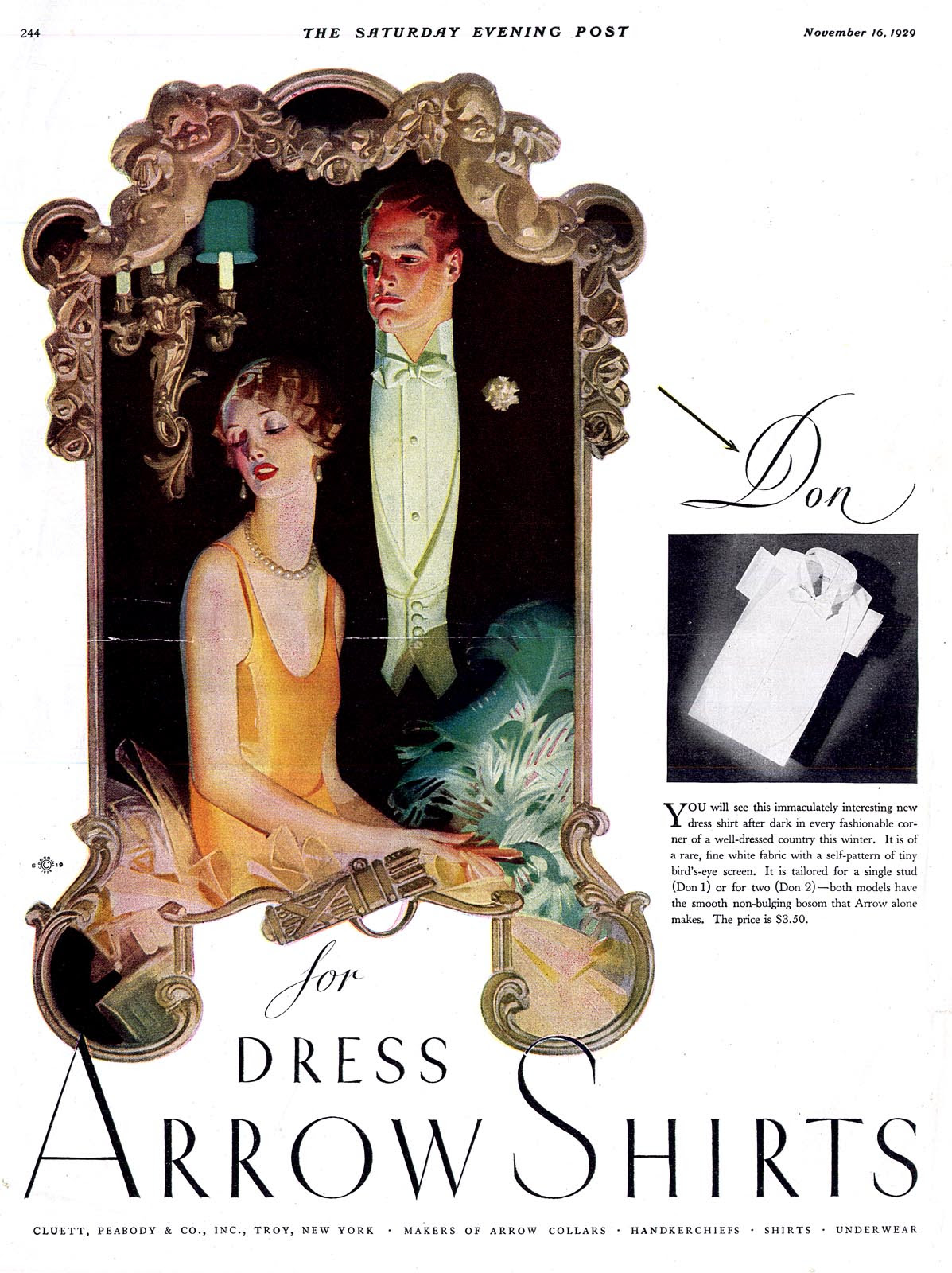 The most important Arrow man was Charles Beach, who was tall, handsome and as socially confident as J.C. was shy. Beach posed for dozens of paintings. 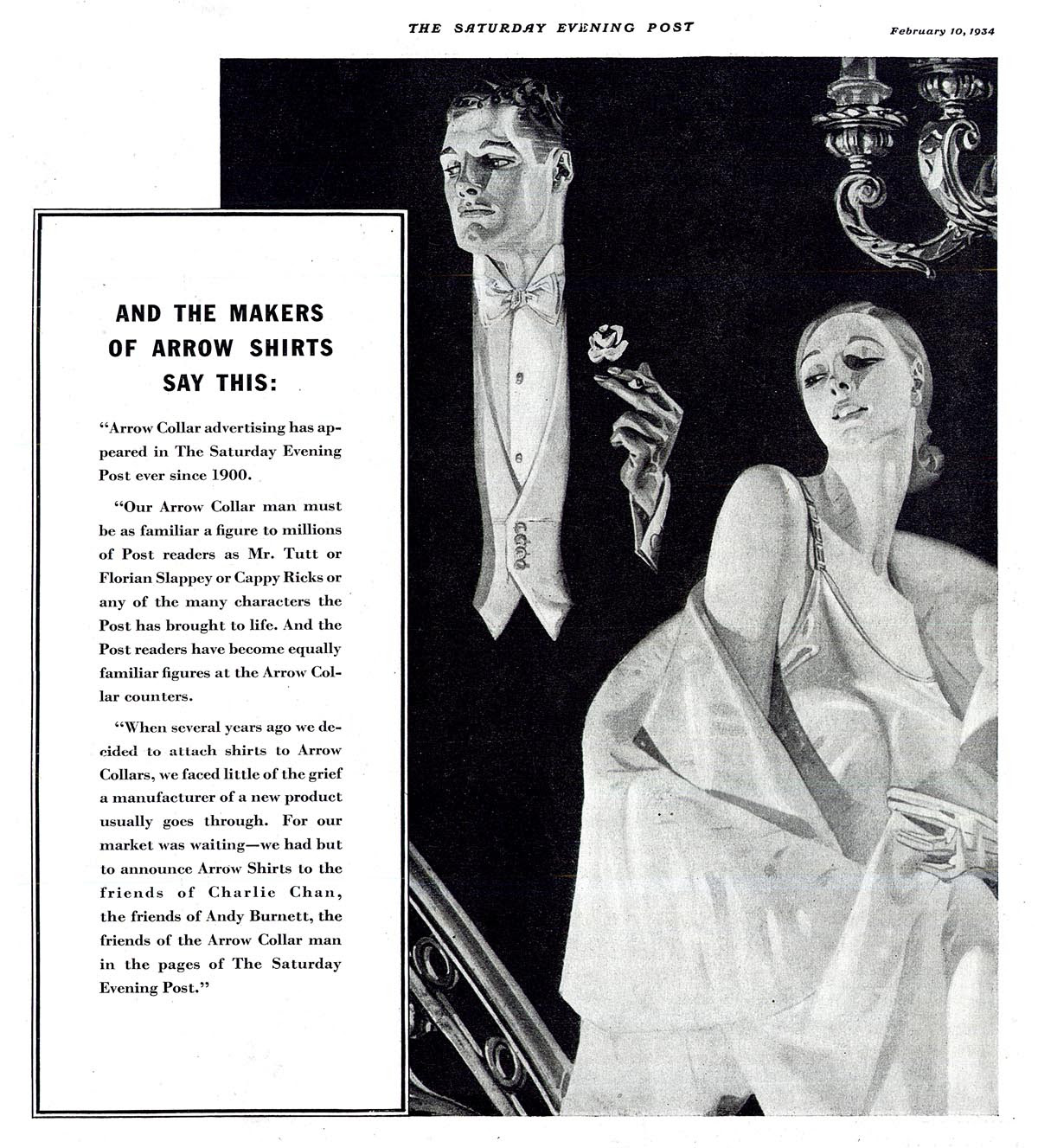 J.C. also needed a companion who could be his agent, publicist and manager and even his public face. 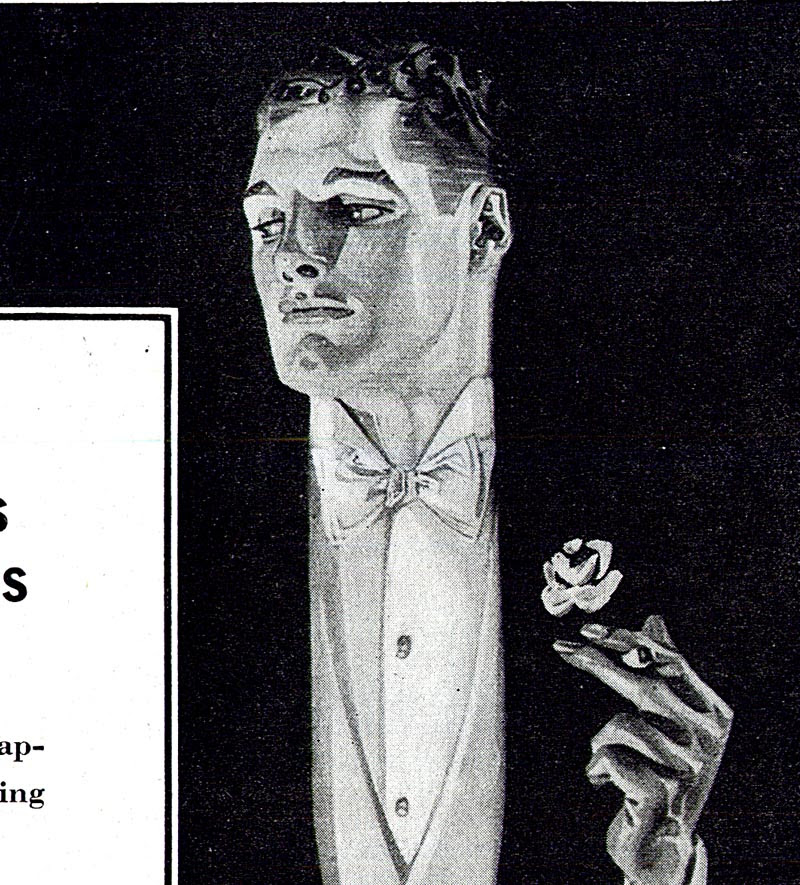 There is every indication that this relationship, which lasted from 1903 to the end of his life, freed him up to do the huge amount of work he accomplished.

* The text of today's post is excerpted from the brochure of the November '97 - May '98 J.C. Leyendecker Exhibit at the Norman Rockwell Museum and is © Roger T. Reed
leifpeng at 2:14 PM
Share